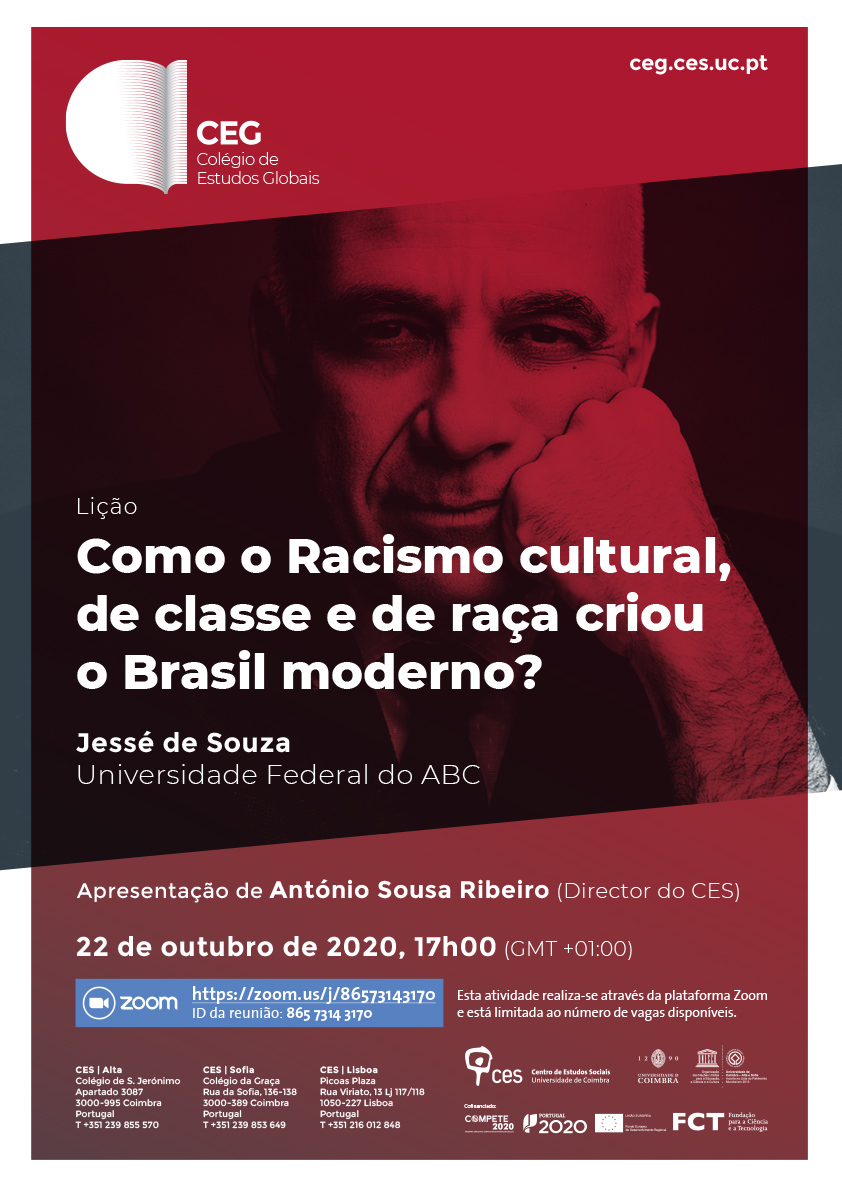 The idea is to reflect on racism, not only regarding phenotypes, as is usually done, but as the meta-language of society, behind all concrete assessments and decisions we make. The Brazilian case can illustrate this thesis in a convincing way. The whole dominant interpretation of the country is based on a pseudo-scientific 'culturalism' which is actually a mere 'functional equivalent' of the old imperial racism of the 19th century. The USA is seen as modern, impersonal and 'honest', as in the Parsonian modernisation theory - and Brazil is seen as the pre-modern, patrimonial and corrupt (moreover, all is understood as a 'Portuguese heritage').
In fact, it is not difficult to show, conclusively, how this is the global North’s general reading on the global South and that it serves to justify economic plundering and political interventions. The internal and subordinate elite identify with 'Americanism' and use culturalism to stigmatise and criminalise popular sovereignty, and to criminalise the welfare state internally.
From 'culturalist racism' it is possible to understand the function of class and race racism in the eternisation of secular Brazilian inequality and inequity

This activity will be provided through Zoom platform and does not require registration. Places will be available on a first-come first-served basis.
https://us02web.zoom.us/j/86573143170
ID da reunião: 865 7314 3170

Please keep the microphone on mute until the discussion is open. The host may remove disruptive participants.

Online open access activities such as this one do not grant a declaration of participation since such document will only be provided in events that provide for prior registration and controlled access.