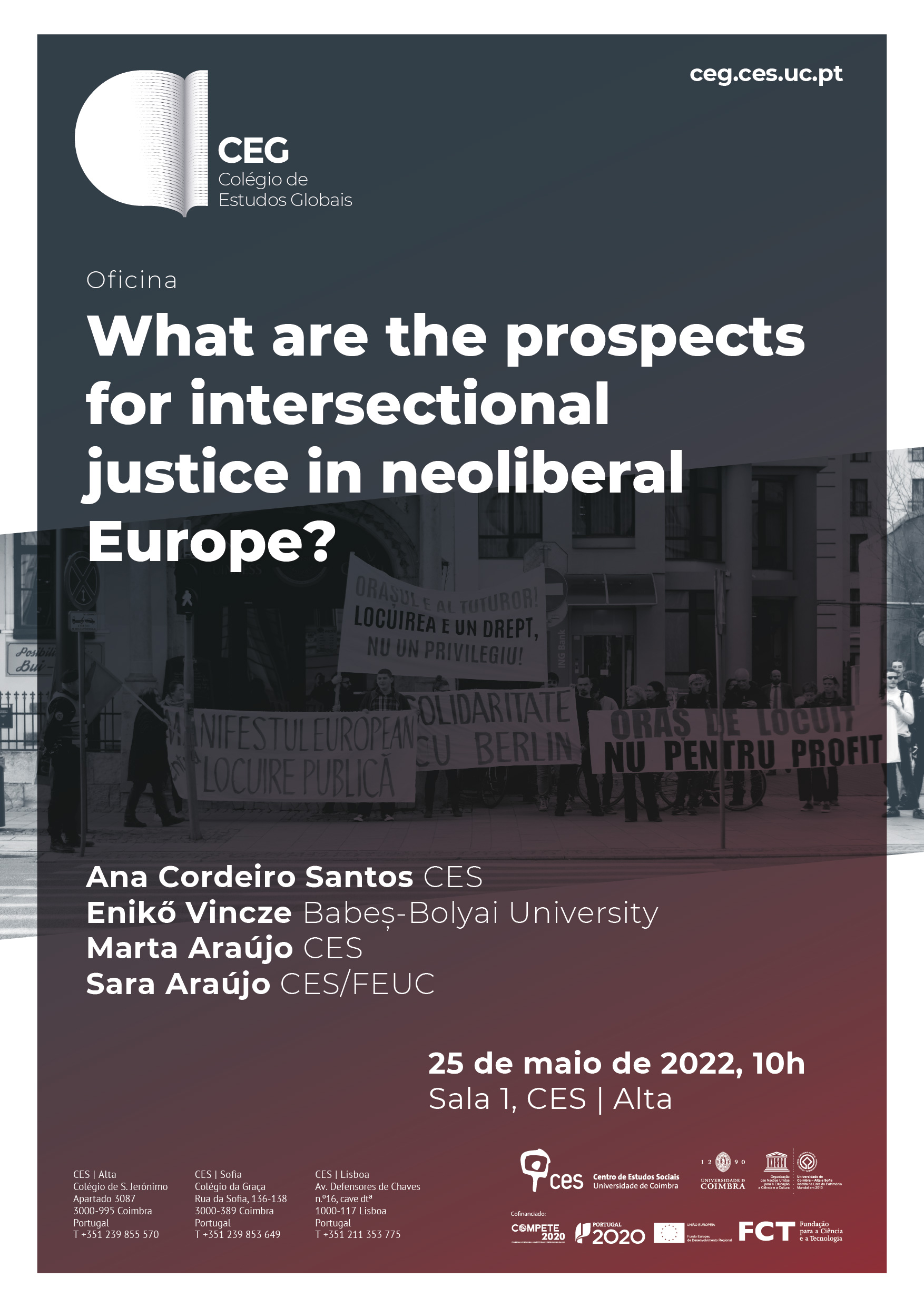 Professor Enikő Vincze, in dialogue with guests, who will briefly intervene to comment and present their work in relation to her work, followed by questions from Public and Debate with participants

1. Marta Araújo > her research addresses two complimentary lines of enquiry: i) public policy, political discourse, and ethno-racial discrimination; ii) history education and knowledge production, focusing on the teaching and the public history of colonialism and enslavement; segregation of Romani population in Portugal

2. Ana Cordeiro Santos > her research interests include the topics of financialisation, household indebtedness and housing, the construction of markets and other social institutions

Marta Araújo: Anti-Roma Racism, Segregation and Education
Abstract: In recent social protests in Europe, showing solidarity with the Black Lives Matter movement, Roma populations demonstrated against enduring racism and the inertia of institutions in tackling structural inequalities. Yet, in spite of their increasing politicization in Europe, this population most often continues to be subjected to culturalist academic and policy approaches which curtail the debate on institutional racism, help legitimate historical structural inequalities, and render notions of Europeanness and whiteness unchecked. Focusing on anti-Roma racism, and specifically on the question of segregation in education, in this communication I address the shortcomings and limitations of an entrenched liberal, positivist and Eurocentric approach to racism which continues to inform public debate, policy frameworks and knowledge production.

Ana Cordeiro Santos: Financial capitalism in the European periphery
Abstract: It will be argued that the rise of social inequalities, and its intersections to class, ethnicity, nationality, and gender, is by and large the outcome of the current stage of financial capitalism. Focusing on the European periphery, it will be shown how this is the outcome of strutural changes occurring at various scales, connecting transformations at the macro level to the daily lives of citizens. Housing will be used in the identification of the transmission mechanisms connecting processes of capital accumulation to the degradation of the living conditions of a growing mass of the population with increasingly severe impacts on the most vulnerable groups.

Sara Araújo:Austerity, Protests and Abyssal Exclusions in Portugal
Abstract: More than a decade after the Memorandum of Understanding signed between the Portuguese government and the Troika, I discuss neoliberalism and democracy through the identification of discursive silences. Using the conceptual framework of the Epistemologies of the South to analyse the European context, it will be argued that it is necessary to recognize different kinds of inequalities and the abyssal lines that separate the strange civil society from the uncivil civil society. The ideas in discussion result from a sociology of absences produced in two phases: 1) what are the silences of official austerity narratives from the perspective of the anti-austerity protests that took place between 2011 and 2013? 2) What are the silences of those protests from the perspective of Roma activists' discourses?