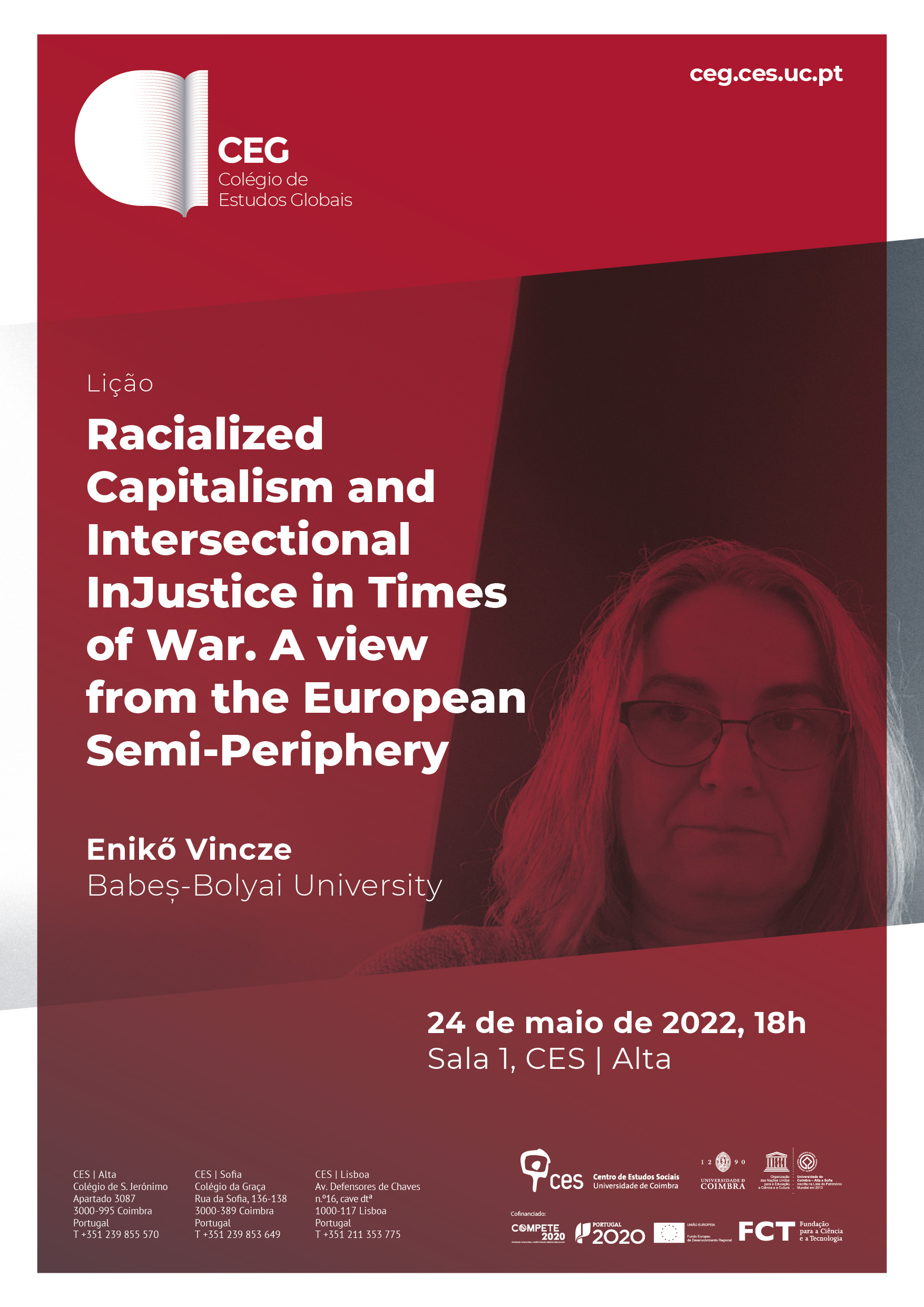 Lecture
Racialized Capitalism and Intersectional InJustice in Times of War. A view from the European Semi-Periphery
Enikő Vincze
Babes-Bolyai University

In the context of the Covid-19 pandemia and the war in Ukraine, the revival of extractivisms and multiplication of socio-ecological conflicts, this talk addresses housing and environmental injustices as interconnected products of racial capitalism. They are created by the subordination of people's lives and needs to the interests of capital accumulation. Classism, racism and patriarchal ideologies are on the rise globally and manifest themselves through the denial of adequate socio-economic conditions, the exploitation and expropriation of labor and various forms of dispossession. Looking at the situation of Romani communities in Romania after 1990, this talk proposes a broader discussion on the structural conditions of these injustices and possibilities for intersectional justice and transnational networking in times of increased militarization of power.

Enikő Vincze is a Professor at Babeș-Bolyai University in Cluj-Napoca, Romania, and a housing justice activist, member of the local group Căși social ACUM! Social Housing NOW!, which brings together ethnic Romanians, Hungarians and Roma and prominent intellectuals in different domains with victims of housing injustice. For the last 10 years, she has been researching and publishing on Roma ethnicity and racism, processes of ghettoization and territorial segregation, housing policies and their outcomes, and racial and unequal urban development. She is co-editor of the volumes Racialized Labor in Romania: Spaces of Marginality at the Periphery of Global Capitalism (Palgrave) and The Romani Women's Movement Struggles and Debates in Central and Eastern Europe (Routledge). Enikő participates in direct actions of the local housing movement, anti-war and climate justice protests, strategic litigation, militant research and numerous publications